13 unwanted firearms given up at Arlington police buyback

Of the 13 firearms, nine were handguns which included .22-caliber and 9mm pistols, two .40-caliber Glock pistols and multiple revolvers. Two rifles and two shotguns were also received. Each firearm will now be safely and responsibly destroyed by the Massachusetts State Police, an Oct. 7 news release from Arlington police said.

The firearms were taken back with no questions asked, and the former owners were given a gift card. Faith leaders throughout the community raised funds for the buyback event. 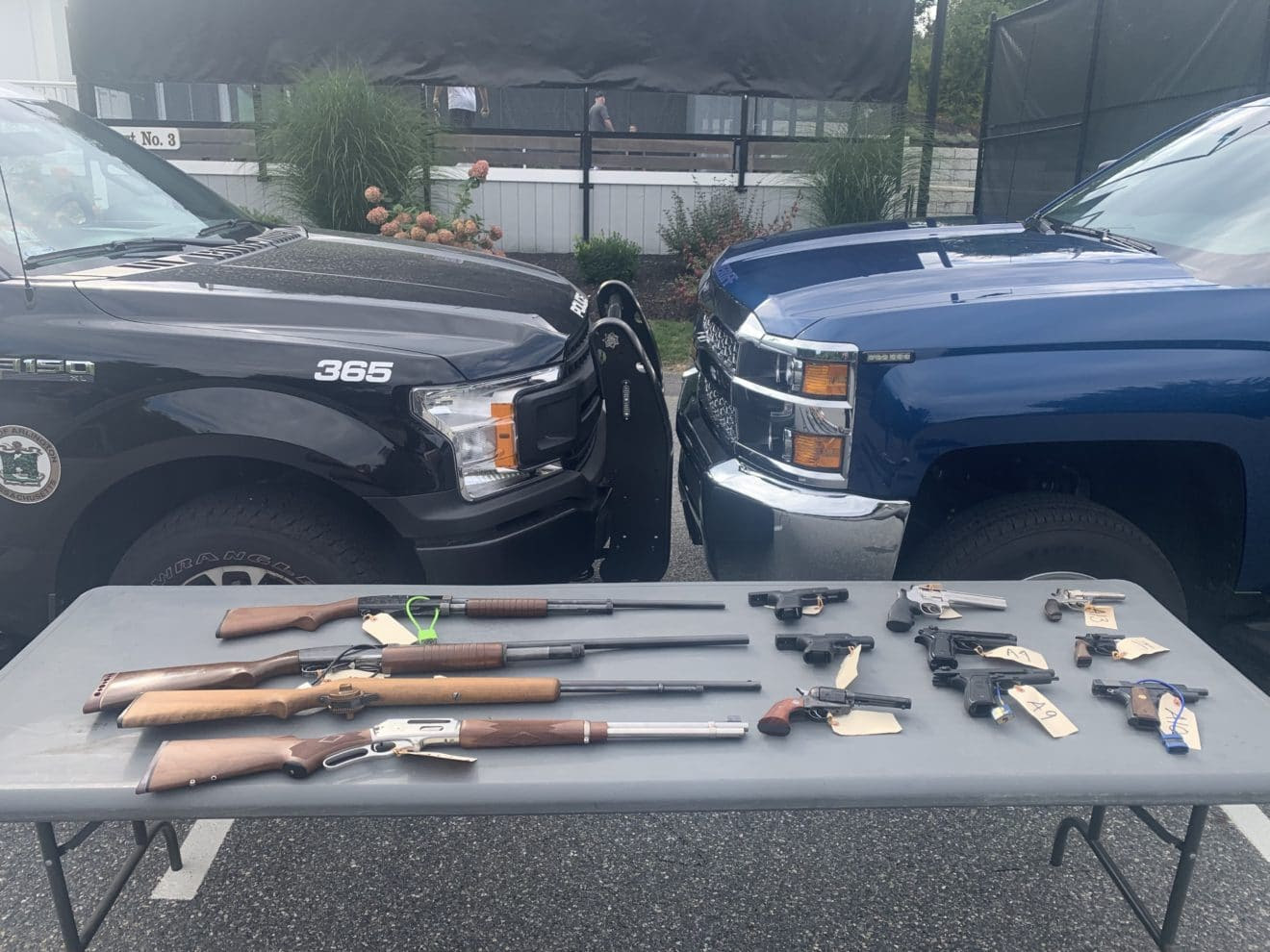 Arlington police and the sheriff's office have partnered together four times to host gun buybacks since 2013, with 144 total unwanted firearms turned in over the course of the events. APD's gun-buyback initiative is usually hosted every three years, but was held out of the department's regular three-year rotation this year in acknowledgement of the Human Rights Commission's recognition of September as Gun Safety Month.

Gun-buyback programs represent an opportunity for residents to safely dispose of firearms that are no longer used, needed or wanted. Turning in unwanted firearms helps to prevent tragedy and violence by ensuring they do not fall into the wrong hands.

"Gun buyback initiatives help to keep our community safe by ensuring these unwanted firearms will never be used to harm anyone," Chief Juliann Flaherty said in the release.

"We would like to thank the many donors who contributed to a successful event, including the Calvary Church, Mission and Justice Ministry of the Park Avenue Congregational Church, Ellenhorn, Devito Funeral Home and a generous individual named Carolyn Manson. We would also like to thank our law enforcement and community partners who assisted in coordinating the event, as well as those who volunteered."

Added Capt. Sean Kiernan, "We would additionally like to thank the Winchester Country Club for allowing the use of their tennis court parking lot for the event. The general manager and staff of the country club, including guests at the country club, were more than accommodating to officers and volunteers. This event is a team effort and relationships built with community members and surrounding communities allowed this event to be successful."

Photos of returned firearms in 2019

This announcement was published Friday, Sept. 10, 2021. It was updated Oct. 7 by a news release by Leah Comins, who works for John Guilfoil Public Relations.

Derek Fleming smiles in 2019. UPDATED Aug. 8: Eleven and a half months after fire closed Thrive…

McHugh UPDATED Aug. 4: Susan Rachel McHugh, a cofounder of the Arlington Human Rights Commission in 1993 and its first chairwoman, died in June after a brief illness at age 66. Those who worked with her remembered her immediately after her June 20 passing. The Boston Globe published her obituary…

'Tiger Wizard,' an AHS grad, drums up a future

Julian Carpenter, Berklee drummer. / Liam Garcia photo Musician Julian Carpenter, a 2019 Arlington High School grad, aims to feel the beat of the big time as he is among the performers at the Lollapalooza Festival, four days of sounds in Chicago that runs from rap to electro pop and indie to…

An informed Arlington
keeps democracy alive
:
Why we are your news source >>

Your contributions are tax-deductible.

The Arlington Center for the Arts is in the midst…

Call for art: exhibit seeks 2D art to be displayed at local cafe

There is a current call for wall art, such as…

"Courageous Colors" is the Arlington Center for…

Firsthand perspective: What has happened to your local newspaper? You can help

The Arlington Advocate has been the town's paper of record ...." -- Town website The weekly remains…

Katie Mogg graphic When Annie LaCourt moved to Arlington over three decades ago, she was excited to…

Construction of new AHS: Through week of Aug. 15

Middlesex Sheriff Peter J. Koutoujian is joining a select group of local officials as the inaugural…

Diane Welch informs youngsters about an owl she holds at Spring Fling in May. Residents express…

Arlington Community Media, inc., been reporting about the town since 2005 -- and long before it…

What's going on just up Mass. Ave. in Cambridge? Find out at Cambridge Day, a site of news and…